We have heard rumors about a couple of new Android smartphones from HTC over the last week, one of those is the HTC Desire 600, the device is now official and we have all the details on this new HTC Android handset.

The HTC Desire 600 is a dual SIM handset, and according to HTC it is a mid range device that will come with HTC Sense 5 and HTC BlinkFeed, processing comes in the for of a quad core 1.2Ghz Qualcomm Snapdragon 200 processor. 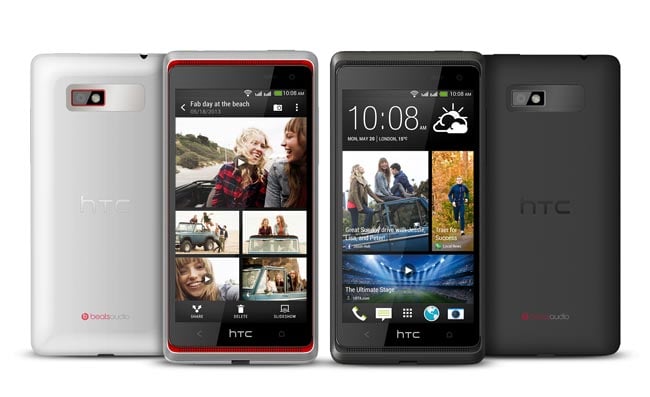 Other specifications on the HTC Desire 600 include a 4.5 inch qHD Super LCD2 display with a resolution of 540 x 960 pixels, the handset also comes with an 8 megapixel camera which is capable of HD video in 720p.

People rely on their smartphones every day to be their news channel, email inbox, social network and music player,” said Peter Chou, CEO of HTC Corporation. “The HTC Desire 600 dual sim combines speed and easy multitasking with the truly innovative HTC BlinkFeed home screen. The result is an affordable mid-range phone that sets the standard for its class, keeping the busiest user up-to-date at a glance and offering them the power and range of features to switch between work and play.”

The HTC Desire 600 will go on sale in a number of countries in June, HTC have yet to announce which markets will get it first, they have also not announced any pricing details as yet.