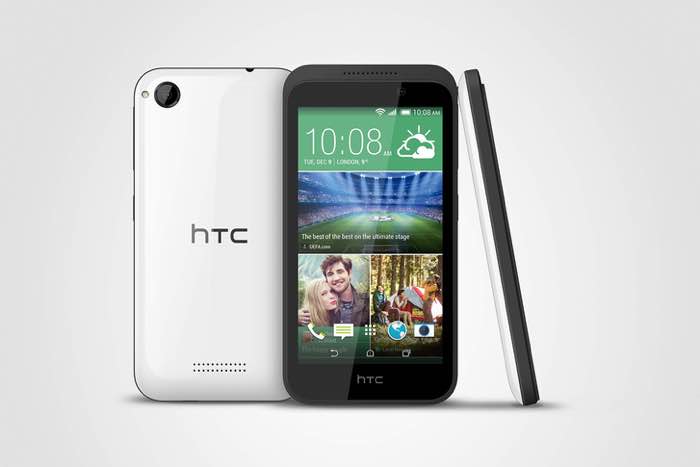 The HTC Desire 320 was launched in Canada back in October, and now HTC has announced at CES that the handset is headed to the UK and other countries.

The new Desire 320 comes with a 4.5 inch FWVGA display with a resolution of 854 x 480 pixels, the handset is equipped with a quad core 1.3GHz processor.

Other specifications on the HTC Desire 320 include 1GB of RAM and 8GB of included storage, the device also comes with a microSD card slot for expansion.

The Desire 320 is equipped with a 2100 mAh battery, and the handset also comes with a 5 megapixel camera and a 0.3 megapixel front facing camera, the device comes with Android 4.4 KitKat.

The HTC Desire 320 will be available in white and black, as yet there are no details on how much this budget Android smartphone will cost when it launched in the UK.