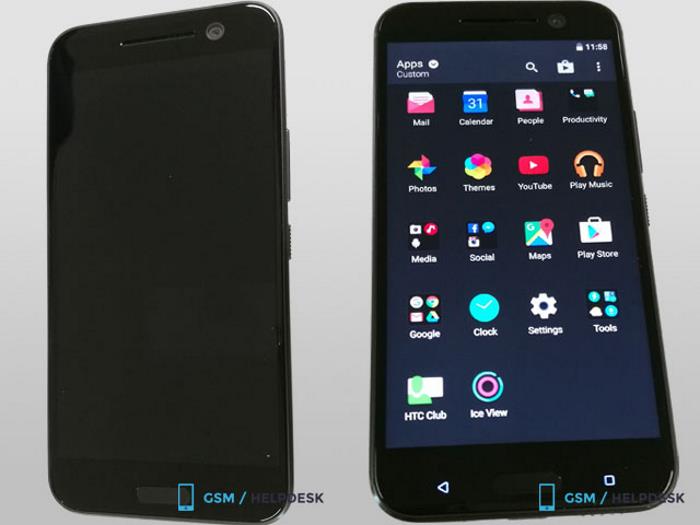 HTC is expected to unveil its latest flagship device, the HTC 10, at a press event tomorrow. Over the past few weeks, we’ve heard quite a lot of information about the alleged device, and it seems the leaks will continue until the handset is officially announced.

Recently, some images of the purported HTC 10 made their way on to the internet, revealing how the handset may look like. One of the leaked images also shows the app drawer on the upcoming device.

The design shown in the leaked images resembles quite a lot to the images we’ve seen in the past few weeks, but we’ll still advise a grain of salt before putting your hopes in it.

As per leaked benchmark listings and rumors, the alleged HTC 10 is expected to come with a 5.2-inch display sporting a resolution of 2560 by 1440 pixels, and will be powered by a Snapdragon 820 processor paired with 4GB of RAM and 32GB of internal storage.

The handset will come with a 5MP front-facing camera, a 12MP rear camera with optical image stabilization and is expected to ship with Android 6.0 Marshmallow as its operating system.

The event is set to take place tomorrow, we’ll update you as soon as the handset is officially announced by the Taiwanese manufacturer.