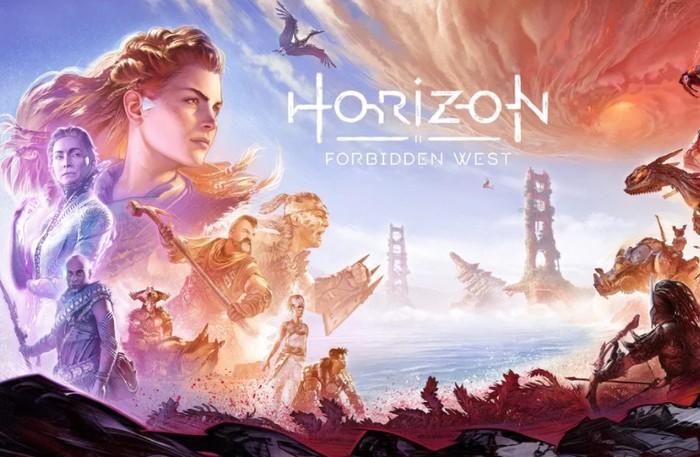 PlayStation gamers interested in learning more about the storyline, characters and development of the new upcoming Horizon Forbidden West adventure game. May be interested in a new video released by Guerrilla Games featuring interviews with the voice actors behind the main characters and the writers responsible for creating the storyline for the sequel to Horizon Zero Dawn released back in 2017.

The latest game in the series Horizon Forbidden West will be launching next month and available to play on both the PlayStation 4 and PlayStation 5 from February 18, 2022 the single player action role-playing game continues the story of Aloy, a young huntress of the Nora tribe, as she leads a band of companions on a quest to the arcane frontier known as the Forbidden West to find the source of a mysterious plague that kills all it infects.

Actors taking on the roles of the characters within Horizon Forbidden West once again include Ashly Burch, Lance Reddick and John Hopkins who reprise their roles as Aloy, Sylens and Erend, respectively and are joined by Carrie-Anne Moss playing the character of Tilda and Angela Bassett playing a new character named Regalla.

“Meet the acting cast behind some familiar – and some new – characters from the world of Horizon. Join Aloy as she braves the Forbidden West, a deadly frontier that conceals mysterious new threats. Explore distant lands, fight bigger and more awe-inspiring machines, and encounter astonishing new tribes as you return to the far-future, post-apocalyptic world of Horizon.”

“On her journey across these uncharted lands, Aloy encounters new and unfamilar regions ravaged by massive storms and deadly machines, and comes into conflict with an army of nomadic raiders who have managed to tame the machines for use as war mounts. She also discovers a vast array of environments and ecosystems, including lush valleys, dry deserts, snowy mountains, tropical beaches and ruined cities, both above and below the water.”