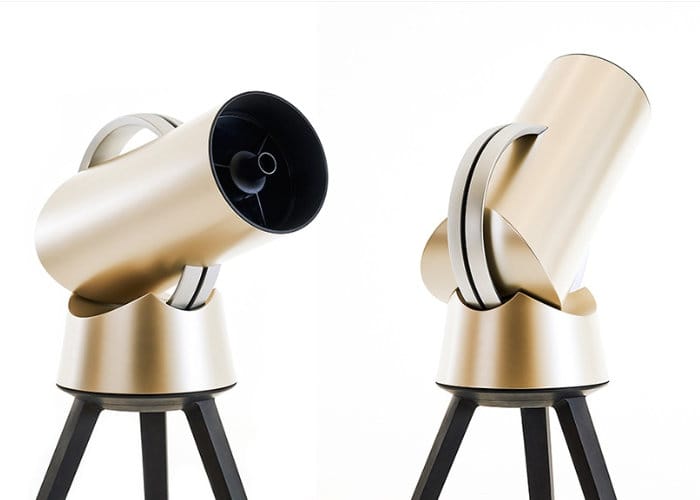 Astronomers and those looking to get started exploring the stars may be interested in a new smart telescope called the Hiuni, created by a team of developers based in Los Angeles, California. The Hiuni Cassegrain telescope design makes it easy-to-use for stargazing and the telescope comes complete with its own educational application and automatic motorised GoTo alignment technology allowing you to easily find objects in the sky. Watch the demonstration video below to learn more about the Hiuni which has this week taken to Kickstarter and already raised this required pledge goal thanks to over 110 backers with still 39 days remaining on its campaign.

“Designed for ease of use, Hiuni computerized telescope allows beginning stargazers to quickly get started with guided tours and expert astronomers to save time with automation of complex manual adjustments.  Hiuni introduces a new way for newcomers, amateur astronomers, and space enthusiasts to stargaze by integrating smart features and educational content to a traditional telescope.”

Hiuni is now available to back with early bird pledges starting from $489 or roughly £360. If all goes well worldwide shipping is expected to start during June 2019. For more information and full specifications as well as a list of all available pledges jump over to the official Hiuni Kickstarter crowdfunding campaign by following the link below.