The historic Hasselblad 500 camera that was taken the to moon and back and was used on the moon during the Apollo 15 mission in 1971.

Has been auctioned this week raising $910,000 in the process and now belongs to its new owner Terukazu Fujisawa, founder of Japan’s Yodobashi Camera retail chain. 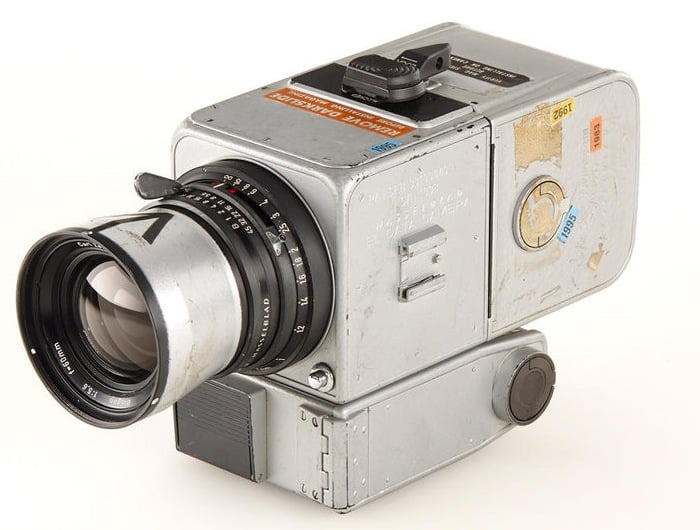