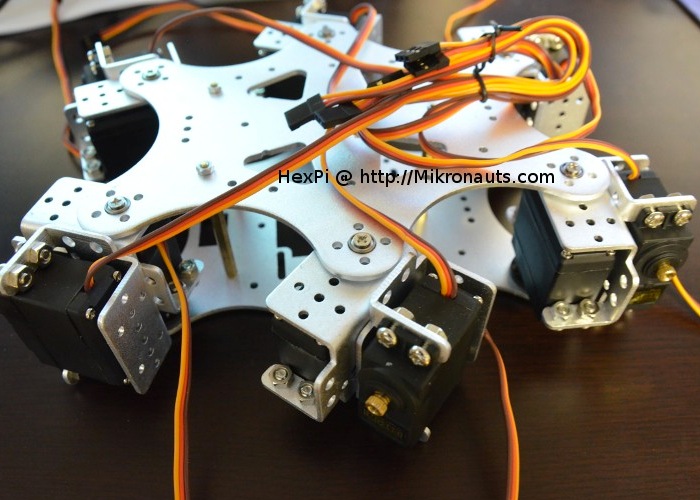 Anyone who enjoys building devices using the awesome Raspberry Pi mini PC might be interested in a new HexPi or Hexapod Pi Robot project which is powered by the tiny single board computer.

In the future a Raspberry Pi Camera module will be added for real-time video streaming and visual recognition. The current state of the robot can be seen in action in the video below. Its creator explains :

“HexPi is my first attempt at building a hexapod robot. I’ve been wanting to build a hexapod robot for a long time, and finally bit the bullet and ordered a chassis and a LOT of inexpensive servos.

During the build process, I realized my GWS MT-1 single channel servo tester would not suffice for testing HexPi, so I started developing my “The Better Mousetrap Servo Tester” – which curently can control eight servos at the same time with four joysticks, but will be expanded to controlling 16 servos soon.”

For more information on the new Raspberry Pi powered robot jump over to the Mikronauts website for details.