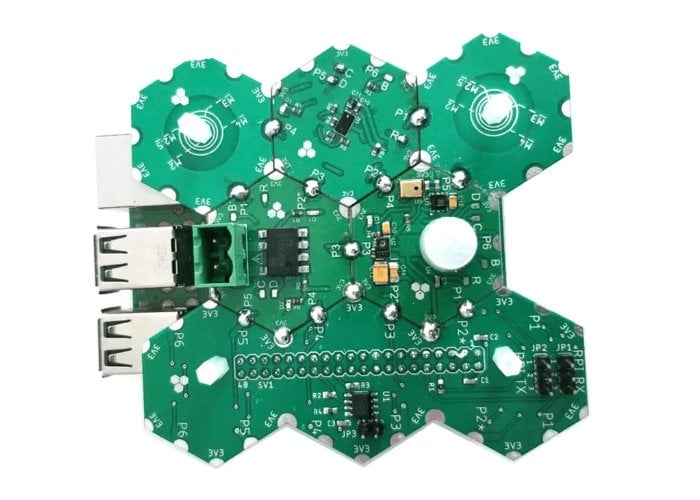 Hackster.io user Najib Kassab has published a tutorial walking you through how to setup a small project using a Raspberry Pi 4 and Hexabitz modules HF1R0x and H01R0x, H08R6x and H0BR4x. Helping you easily add a wealth of features to your next project including infrared sensors, three axis compass module, strain gauge, state relay module and more. By the end of the tutorial, you will be able to hook up your Hexabitz project to any Raspberry Pi in minutes and explore the numerous possibilities of projects that were not possible before, says Kassab.

– Connect all Hexabitz modules to Raspberry Pi 3B/3B+/4B in horizontal and vertical configurations using Raspberry Pi UART serial interface.
– Small form-factor with options to connect Hexabitz modules all-around the interface and power the modules from Raspberry Pi on-board 3.3V supply.
– Ultimate freedom in designing the functionality and shape of your own Raspberry Pi Hat according to your needs.
– Can be combined with Hexabitz M2/M2.5/M3/M4 Mounting Hole modules (H00R1) to build a rigid and well-supported Hat.
– Control and communicate multiple Hexabitz modules at the same time by defining an array via our Explore functionality.
– Use our C++ Hexabitz Interface library on Raspbian, Ubuntu or other compatible Linux distributions from within your C++ or Python applications.
– HF1R0x interface module follows Raspberry Pi Hat specifications (to the extent possible) and comes with embedded EEPROM programmed with Hat identifiers and related information. The module can be automatically identified and setup when the Linux system boots up.