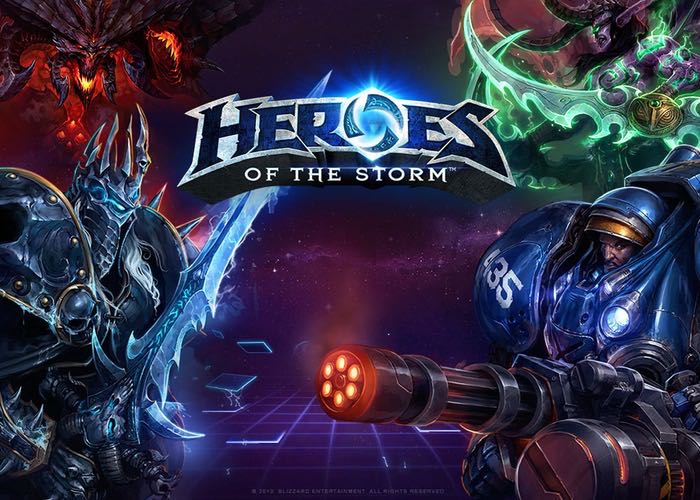 Blizzard enabled the closed beta development stage of its new Heroes of the Storm game back at the beginning of this year and now has this week announced the games official release date as June 2nd 2015.

If you were unfortunate not to be able to gain access to the closed beta testing and development stage, you might be pleased to know that Blizzard has also announced they will be running an Heroes of the Storm open beta testing period that will commence on May 19th, 2015.

To re-cap the new Blizzard game takes the form of a multiplayer online battle arena that is supported on both PC and Mac systems. Providing players with a combination of heroes from Blizzard’s Warcraft, Diablo, StarCraft and other games.

When Heroes of the Storm launches it will feature 30 playable Heroes, over 130 Skins, 14 steadfast mounts, and 7 dynamic Battlegrounds to enjoy, each with unique challenges to overcome, says Blizzard who explains :

“Over the last year we’ve also implemented over 430 different color Tints across our Heroes, Skins, and Mounts to help you customize your look so you can brawl in style. These color options will continue to be unlockable for free as you play your Heroes and seek to master them on field of battle. Rest assured that we’ll have even more exciting Heroes developments in the coming months.

To celebrate the launch of Heroes of the Storm, Blizzard will be holding a live-streamed event on June 1 in London. Further information will be made available as the event draws near. We will not be performing any further wipes, so any current progress or purchases you’ve made thus far during closed beta will carry through to open beta as well as post-launch.”

For more information on the new Heroes of the Storm game created by Blizzard jump over to the official Battle Net website for details via the link below.