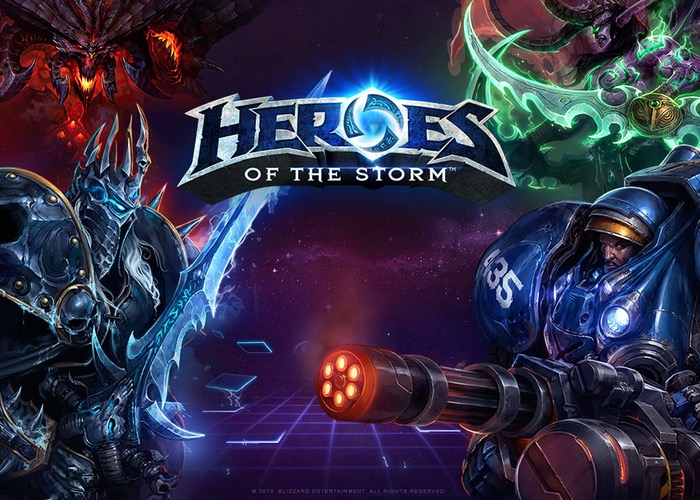 Today the closed beta development stage has launched for new Heroes of the Storm game that has been created by Blizzard Entertainment.

Heroes of the Storm is a multiplayer online battle arena game developed by Blizzard and available to play on both PC and OS X. Providing players with a combination of heroes from Blizzard’s Warcraft, Diablo, StarCraft and other games.

In the video below Kevin “Cloaken” Johnson walks you through the many new features, updates, and the highly anticipated ranked play that will be available to access in the Closed Beta of Heroes of the Storm.

“Heroes of the Storm is a game that revolves around online 5 versus 5 matches, operated through Blizzard’sBattle.net. Players can choose from three game modes and can play with/against AI or other players.

When players first start the game the heroes rotate each week, but by using gold earned in-game or by making a real money purchase, they can gain permanent access to a hero. Killing enemy/neutral units and the opposing side’s heroes grant experience points for the entire team.

When enough experience is gained you level up, giving access to a talent point that allows a player to customize their skill set and abilities.”

For more information on the new Heroes of the Storm closed beta development stage jump over to the official Blizzard website for full details on how you can take part via the link below.