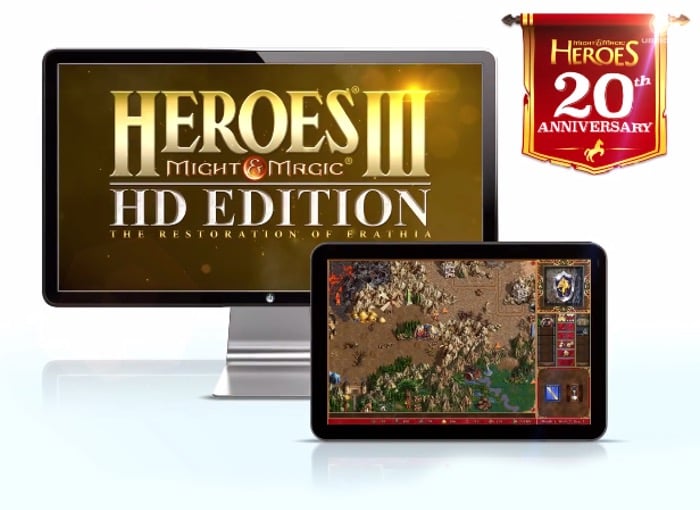 Heroes of Might & Magic III is a turn-based strategy game, originally released in February 1999 and now comes complete with 7 exciting campaign scenarios, around 50 skirmish maps as well as a local multiplayer mode and a map editor.

“The legendary Might & Magic Heroes III is back in HD. Enjoy the critically acclaimed gameplay with a new online multiplayer mode and forge the destinies of mighty and magical heroes now! Rediscover the epic tale of Queen Catherine Ironfist, as she re-embarks on her critically acclaimed quest to unite her ravaged homeland and re-conquer the kingdom of Erathia.

Forge the destinies of mighty and magical heroes, leading fantastic and ferocious creatures in a game that still stands today as the landmark opus of the Might & Magic: Heroes’ franchise.

For more information on the new Heroes of Might and Magic III HD game jump over to the official website for details and links to the mobile applications and Steam purchase pages via the link below.