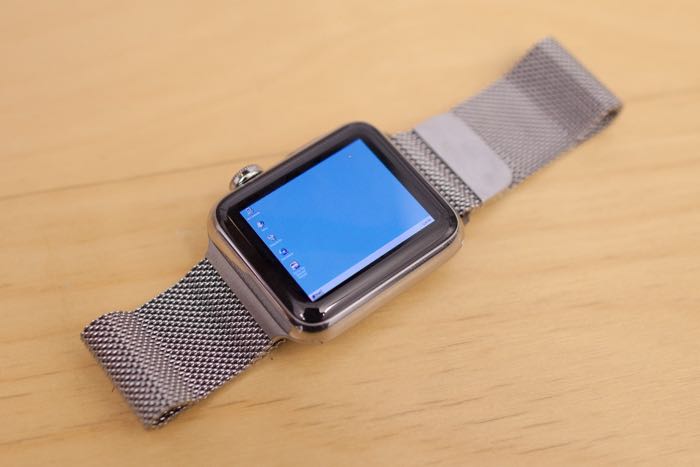 We have seen Windows 95 running on a lot of devices like an iPhone 6 Plus and a Samsung Gear Live and now Nick Lee from Tendigi Insights has managed to get it running on the Apple Watch.

Apple’s smartwatch comes with a 520 MHz processor and feature 8GB of built in storage, there is also 512 MB of RAM, so it comes with enough power to run Windows 95, have a look at the video below.

With a 520 MHz processor, 512 MB of RAM, and 8GB of internal storage, the Apple Watch packs a lot of computing horsepower into a very small package. On paper, its processor alone is about twenty-five times faster than the average 386, and 512 MB was the size of a hard drive in the mid nineties, not memory. As a result, I was feeling confident that the Apple Watch had the ability to run one of the most revered desktop operating systems Redmond has ever produced.

You can find out more details about how Windows 95 was installed on the Apple Watch over at Tendigi Insights at the link below.