Hercules has unveiled a Bluetooth speaker at CES 2014 that has something interesting for people that you don’t usually see in a wireless speaker. The wireless speaker is called the Hercules Wae Neo. In addition to supporting Bluetooth music streaming, it lost has a built in light show to give you something to look at. 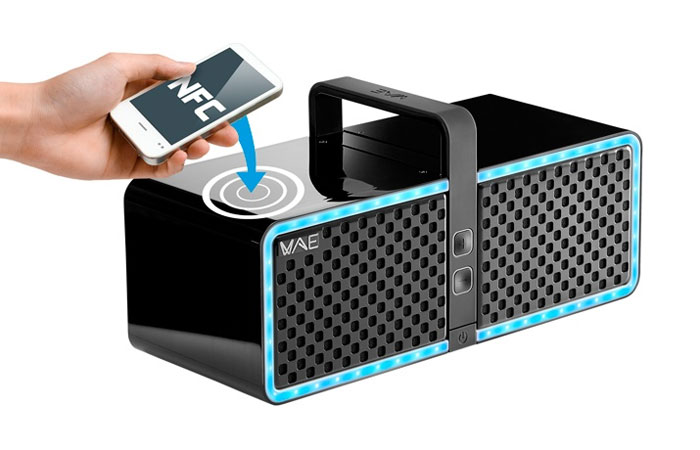 The speaker has a built in carry handle and a RGB LED light ring around the outside of the speaker. That light ring can reproduce 16 million different colors. The lights can be used in two modes including part and mood modes. In party mode, the lights automatically change in color and intensity in time with the beat of the music playing.

The mood mode allows you to use an app available for Android and iOS devices to choose the colors you want in the app and the light show will then keep pace with the music. The music streams using Bluetooth and the Neo also has NFC for quick and easy pairing. The app supports iOS 7 and up and Android 4.4 and back. The Neo will ship this spring for €199.99.