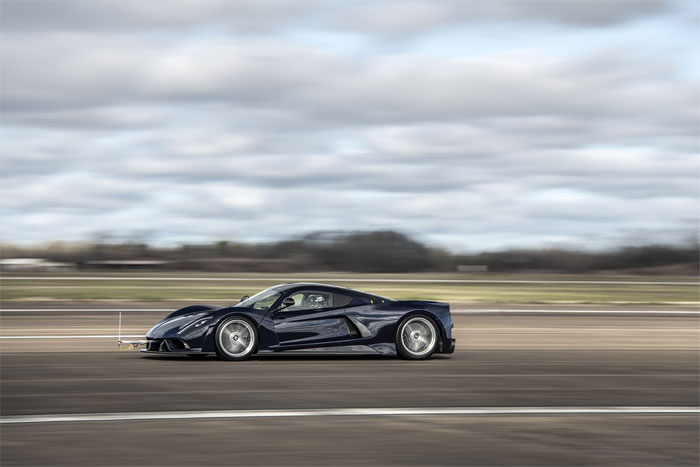 Hennessey has a long history of taking fast cars and making them faster. The company is currently working on its own hypercar called the Venom F5. Hennessey recently announced that it had completed the first round of aerodynamic testing for the hypercar.

The automaker says the Venom F5 topped 200 mph during early aerodynamics testing. The testing marks the completion of the first three phases of development, which began in February. The first phase concentrated on mechanical refinement, engine fine-tuning, steering, and real-world aerodynamic validation.

Testing initially took place at Hennessey’s test track in Texas before being moved to a runway on a former US airbase in Arkansas. During testing, power is restricted to 900 horsepower, only half of the final output. The second phase of development will test the car’s agility and driver feedback during intense track and road driving.