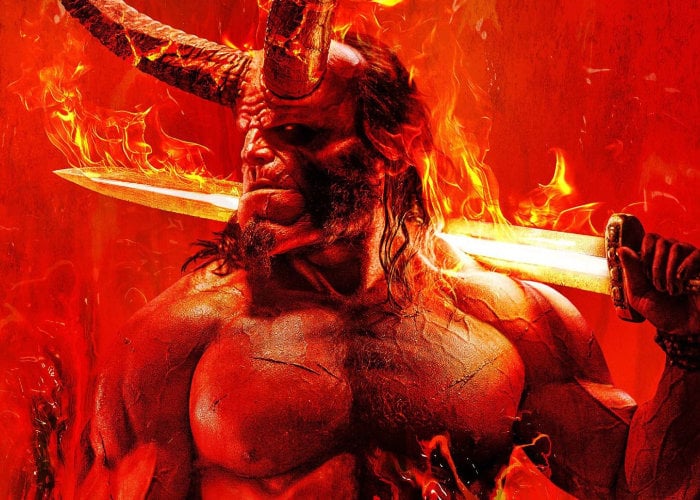 A new trailer has been released by Lionsgate over the weekend providing a further glimpse at what you can expect from the new Hellboy 2019 movie that will be premiering in theatre screens worldwide next month from April 12th, 2019 onwards. The latest movie in the Hellboy franchise stars David Harbour, Milla Jovovich, and Ian McShane, Sasha Lane, Penelope Mitchell, with Daniel Dae Kim.

The Hellboy movies are based on graphic novels by Mike Mignola. “Hellboy, caught between the worlds of the supernatural and human, battles an ancient sorceress bent on revenge”. The Hellboy 2019 movie has been directed by Neil Marshall from a screenplay written by Andrew Cosby.

“Hellboy is called to the English countryside to battle a trio of rampaging giants. There he discovers The Blood Queen, Nimue, a resurrected ancient sorceress thirsting to avenge a past betrayal. Suddenly caught in a clash between the supernatural and the human, Hellboy is now hell-bent on stopping Nimue without triggering the end of the world.”