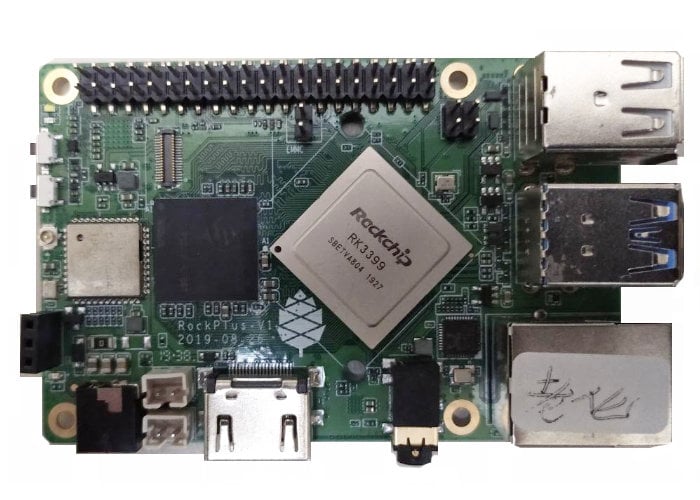 Pine64 has this week announced that a new HardROCK64 mini PC will be launching in a few months time during April 2020 offering an ARM-powered single-board computer priced from $35. Features of the mini PC include a Rockchip RK3399 hexa-core processor, 802.11ac WiFi and Bluetooth 5.0 connectivity and offering a Raspberry Pi alternative.

Three configurations of the new HardROCK64 mini PC will be made available during April 2020 price from $35 with pricing similar to that of the Raspberry Pi 4.

As well as the new HardROCK64 mini PC a selection of other products are also being developed for launch during 2020 taking the form of :

– A $30 SOEdge AI module with a Rockchip RK1808 ARM Cortex-A35 dual-core processor with a 3.0 TOPS neural processing unit, 2GB of RAM, and 16GB of storage is coming in April or May.
– Work is picking up again on the CUBE IP Camera that was announced last year.
– There are now official hard and soft cases for the PinePhone.

“The board will run all ROCKPro64 OS images with little or no tweaks (we checked) and probably most Pinebook Pro OS with a ‘simple’ device tree tweak. In other words, if you don’t need all of the ROCKPro64’s functionality – e.g. PCIe or USB-C – then this may just be the board for you. The board does run hot so a heatsink is pretty much mandatory. A couple different options will be sold by us to match your needs and expected the SOC load. “

Features and specifications of the HardROCK64 include :