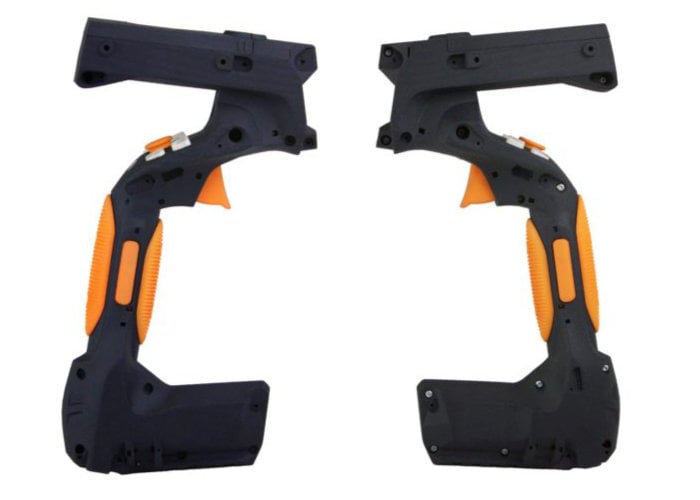 During the Game Developers Conference or GDC 2019 starting next week on March 18th and running until March 22nd. Tactical Haptics We’ll be showcasing their new haptic virtual reality controllers which the company says are “ production ready”. the controllers have been in development for the last six years and the latest controller offers similar reconfigurable magnetic sockets, and the company’s previous prototype unveiled during last year’s CES 2018 event.

Reactive Grip is a haptic controller that relies on third-party positional tracking standards such as Oculus Touch, SteamVR tracking, and OptiTrak. To wit, Tactical Haptics recently pivoted from the consumer space to focus on VR location-based entertainment (LBE) and training, so instead of appearing at their normal South Hall booth this year, the company will be taking appointments in a meeting room (N2408) in the North Hall.

“The production design is also simpler and more modular, allowing users to configure the controllers with or without magnet sockets (used to form new peripherals on the fly) and to use the controllers in the PC VR ecosystem of their choice. Add-on brackets enable this modularity.”

If you are making your way to the GDC 2019 exhibition next week you can find the company accepting appointments in a meeting room (N2408) in the North Hall. Unfortunately, no information on pricing or worldwide availability has been released as yet by Tactical Haptics, but as soon as information comes to light, we will keep you updated as always.