Everyone’s favourite Nintendo character is 25 years old today, Super Mario has been around since 1985 and is probably one of the most recognized game characters in the world.

Nintendo is celebrating Mario’s birthday with a contest to win a range of Mario themed prizes, they arte giving away a range of Nintendo DSI XL consoles as well as a copy of the new Super Mario Bros. 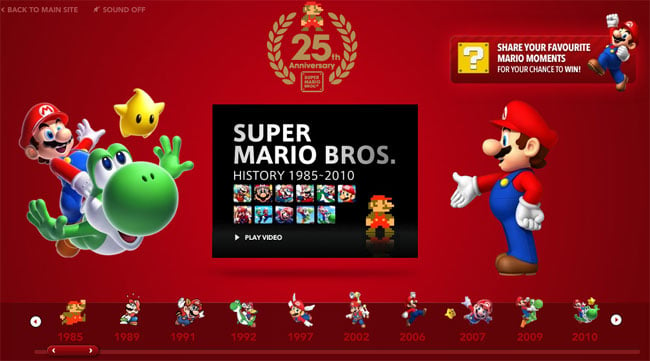 Nintendo has also out together a cool video which shows Super Mario Bros history over the last 25 years, you can see the video over at the Nintendo website.