Hammacher Schlemmer has announced that it is now selling a new gadget dubbed The Camcorder Projector. If you recall from November we mentioned that Viewsonic was rebranding a 3M camcorder that had a projector inside. Hammacher isn’t even bothering to rebrand theirs; it still carries the 3M logo on the thing. 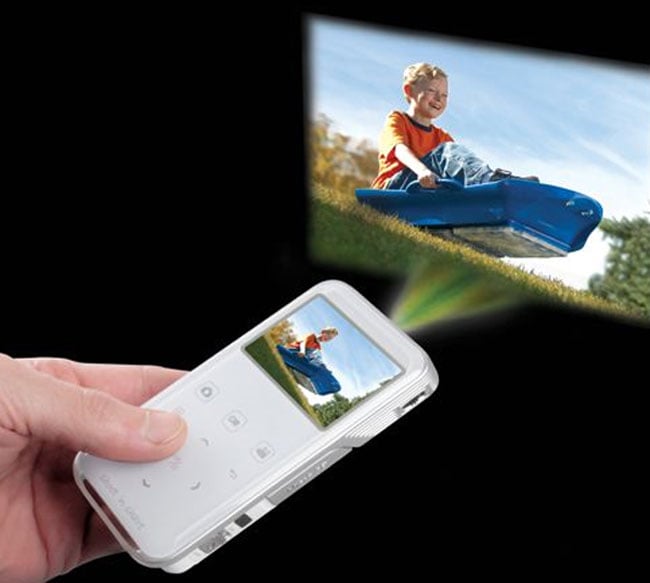 The only real difference is that Hammacher list the projector at 12 lumens of light output. That’s only 2 lumens less than 3M says and those two lumens won’t make a huge difference; it’s going to be hard to see the images that little projector tosses no matter what. You can pick The Camcorder Projector up now for $299.95.