After reviewing the 3M Camcorder Projector Shoot ‘n Share CP40 Devin over at Crunch gear noticed that Viewsonic’s new DVP5 camcorder is a rebranded version of it.

Guessing that both preform the same if you are interested in either of the camcorder projectors the support 720p video at a resolution of 640 x 480 and are equipped with a 14-lumen bulb. They record at 1280 x 720 and are capable of taking 5 megapixel still photos. 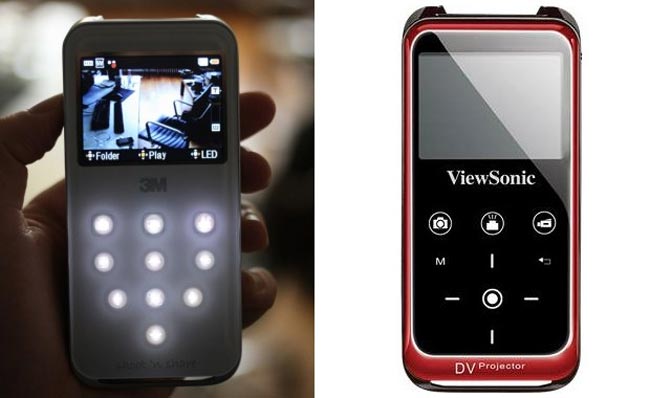 They both have touch sensitive control panels and the internal battery provides about 2 hours of life to the device before a recharge. Its produces a projection of up to 165cm (65″) image size on white wall and the R.G.B LED technology will provide up to 20,000 hours of use.

It comes equipped with a 14mb internal memory that can be expanded using microSD cards up to 32GB. More information can be found on the 3M website for the Camcorder Projector Shoot ‘n Share CP40