E3 is due to kick of shortly, but its seems some of Microsoft’s upcoming games have been revealed ahead of the officially announcement, and one of those is Halo 4, along with Dance Central 2 and Kinect Star Wars which we already new about.

Microsoft briefly listed the new games on their E3 website, the details have now been pulled, but not before the guys over at Slashgear managed to get a ton of screenshots. 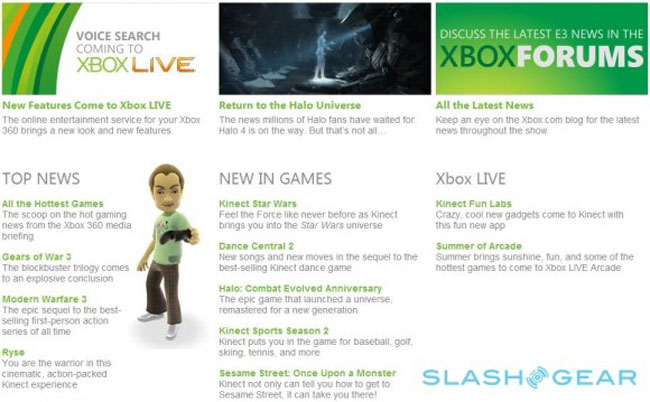 Head on over to Slashgear for lots more screenshots, definitely worth a look before they are officially announced later today.