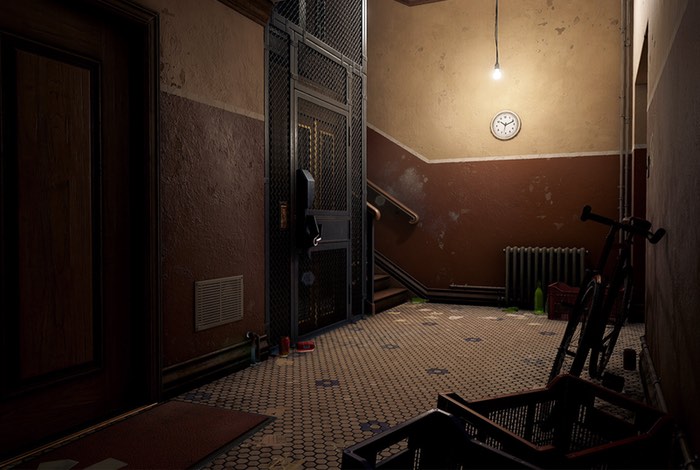 Currently the iconic Half Life 2 apartment stairwell and attic area are complete but PogoP is not stopping there and has plans to expand the support even further for fans to enjoy and plans to release the recreation with Oculus Rift support soon.

I’ve chosen one of the apartment stairwells to re-make, primarily just because I wanted to try making a small environment getting out of my usual sci-fi comfort zone, and I want to attempt to make a scene entirely using Substance Designer and Painter. I’m also going to expand this scene into an exterior too as that will be good fun! I’m not giving myself any time limit on this scene, I just want to have fun with it in my spare time.

Future plans for the project include :

– Block-out exterior. I have started on the Attic section, but I want to expand on this and create an exterior including a City 17 vista and streets down below. Lots to do for this!
– So far I’ve only been blocking out materials and only really started on creating props. I want to add a little more unique detail such as plaster decals, paint decals and just generally break up the surfaces a bit more.
– Make loads more props for the interior! Cardboard boxes, carpets, rugs, more junk such as takeaways boxes, trash, newspapers etc.
– More HL2-specific stuff. I’ve got the basics in and next I want to re-create some Combine posters and eventually, get more Combine machinery in this scene.