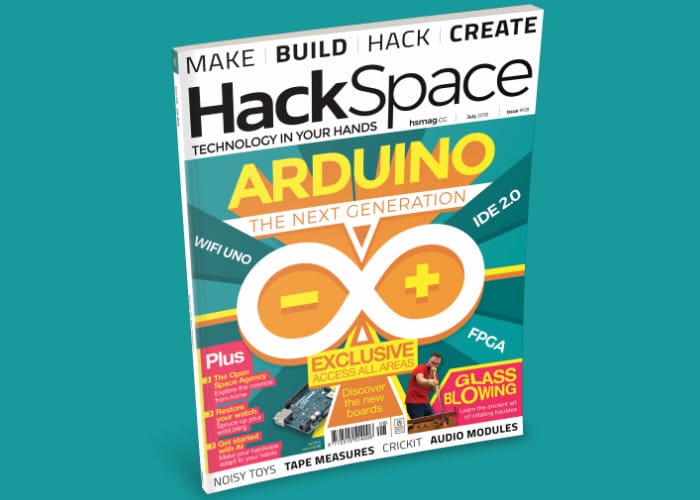 Makers, developers and hobbyists will be pleased to know that the next issue of the awesome Hackspace Magazine, issue 8 is now available to download and purchase. Providing everything you need to know about the next generation of Arduino development boards as well as plenty of projects for inspiration and to keep you busy over the next couple of weekends.

“Arduino has helped power a new generation of digital makers, and now with a new team in charge, new boards and new software, it’s ready for the next generation. This little board and its ecosystem are hugely important to the world of digital making. It’s affordable, it’s powerful, and it’s open hardware so you know that if you embed one of these in a project and the company goes bust tomorrow, the hardware will always be viable.”

The official Hackspace Magazine issue 8 is now available to purchase from the likes of WHSmith, Tesco, Sainsbury’s, and independent newsagents within the United Kingdom. In United States head over to your local Barnes & Noble, Fry’s, or Micro Center next week. The Raspberry Pi Foundation is also shipping copies to stores in Australia, Hong Kong, Canada, Singapore, Belgium, and Brazil.

Also don’t forget you shouldn’t subscribe to the digital version or download the free PDF directly from the official Raspberry Pi website via the link below.