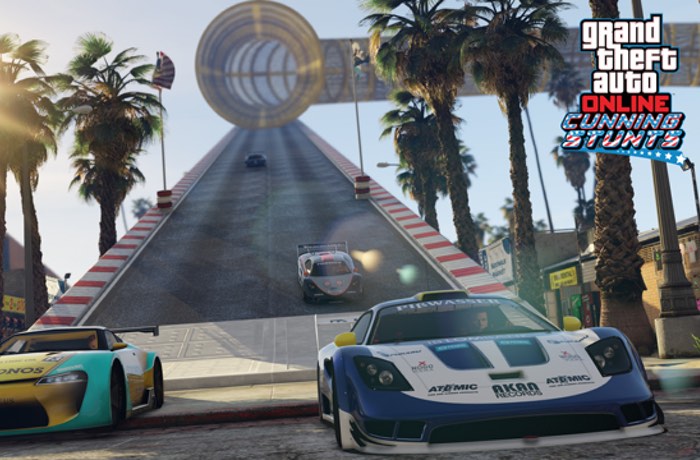 The latest update adds five new Stunt Races to the growing roster allowing you to race and jump from the peaks of Mount Chiliad to the shores of Vespucci. New maps include : Chiliad (Super), H200 (Sport), Over the Bridge (Bike), Vespucci (Super) and The Wave (Bike). 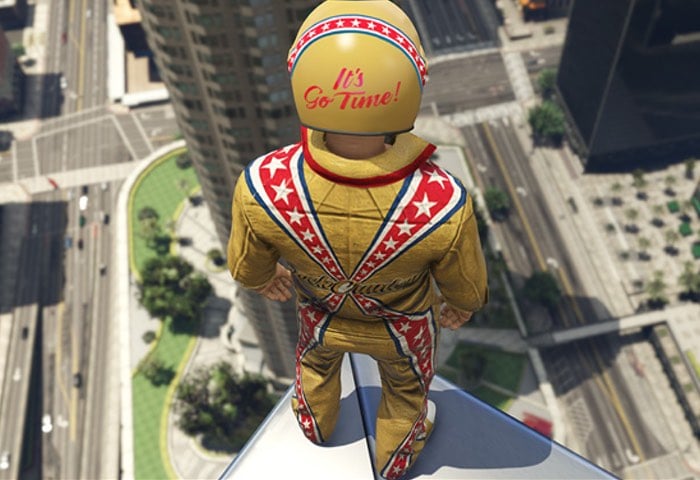 Rockstar explains more about the bonuses and raises you can expect to enjoy within the latest update and over the next few days :

Three new vehicles, the Bravado Sprunk Buffalo, MTL Dune and Vapid Contender, have also been added to GTA Online today. Tackle Stunt Races with Sprunk guzzling pride in the branded livery-clad Buffalo, or dial up your friends at Pegasus to motor through the Blaine County off-road in the MTL Dune. The Contender offers formidable size and balanced suspension to tackle a variety of terrains – an asset for active Executives and VIPs.

This weekend’s Premium Race is the new “H200” Stunt Race for Sports class cars. Ante up and try to take down all comers in a mad dash for that GTA$100,000 top prize.

From Wednesday July 27th through Friday July 29th, ALL Stunts Series Races will dish out Double GTA$ and RP. In addition to being accessible from the pink Stunt Series blips on the map, you can jump into the Stunt Series directly right on the GTAV loading screen. High rollers, keep an eye out for a Premium Race this weekend, where you can ante up and try to take down all comers in a mad dash for that GTA$100,000 top prize.

You can add to your racing wardrobe this week with the flamboyant Gold Jumpsuit, available just by logging in to GTA Online at any point between now and Monday, August 1st. Add some color to your fleet with 20% off all vehicle Resprays and Neons. And for those who like to grab sustained air-based transportation, the Buckingham Nimbus Jet and Volatus helicopter are both 30% off at Elitás Travel.