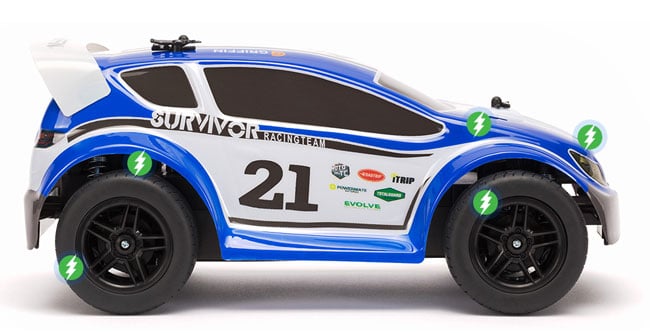 The toy can be controlled using the iPhone, iPad, or iPod Touch using a free app available on the App Store. Griffin fits the car with impact sensors all around allowing cool Bump n’ Run mode allowing players to create a realistic driving and racing experience with other users. Competing players will be able to crash their remote-controlled vehicles into each other and the more virtual damage the vehicle sustains, the more the performance is affected. 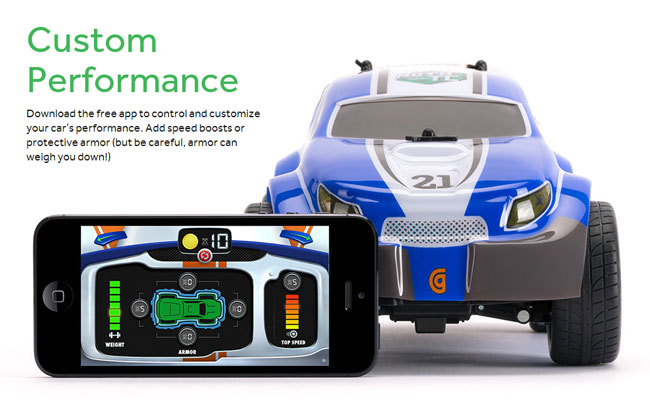 The toy also has a Race The Clock mode that works alone or with other cars at the same time. The controller app also has a built-in lap counter. One of the coolest features of the Bump n’ Run mode is that drivers can cause virtual damage and earn points for attacking opponents. Players can attack their opponents with the ability to reduce the opponents speed, mass with their controls, and flip the steering inputs. The toy is available now for $99.99.