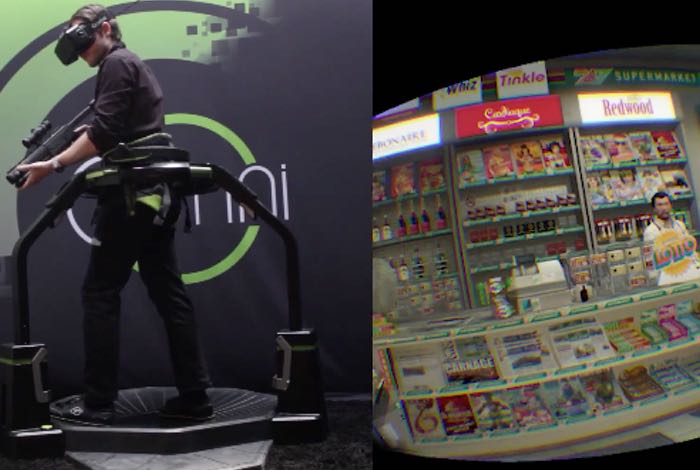 We have already seen footage of what the new Rockstar game Grand Theft Auto 5 looks like on PC when connected to the awesome Oculus Rift of virtual reality headset using the handy application called vorpX.

vorpX is an existing application that already allows you to use the Oculus Rift with many existing Direct X games, but now footage has been released showing how the new GTA 5 PC version of the game can be used with the awesome virtual reality Virtuix Omni treadmill.

Watch the video below to see GTA 5 being playing using both an Oculus Rift and omni-directional treadmill to provide full immersion into the OC version of the hit Rockstar game.

The Virtuix Omni was originally funded via a successful Kickstarter campaign and is now being used in a number of virtual reality set-ups using the Oculus Rift and is available to pre-order at the official website virtuix.com priced at $700.

“The Virtuix Omni is the first virtual reality interface for moving freely and naturally in your favorite game. The Omni takes virtual reality to the next level, allowing anyone to stand up and traverse virtual worlds with the natural use of their own feet. Walking and running in virtual reality creates an unprecedented sense of immersion that cannot be experienced sitting down. The Omni has led the way in addressing locomotion in virtual environments and is not only the first, but also the most compact, easily assembled, and affordable gaming system of its kind.”