The Grand Theft Auto 5 Map leaked map, is thought to have been snapped from GTA 5’s strategy guide, and was posted online showing the entire playable area of Los Santos and Blaine County. 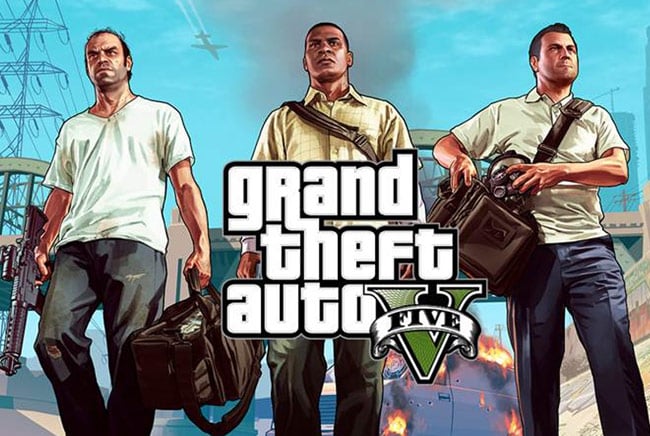 Unfortunately the original map show a massive amount of detail and enabled you to zoom in to see the streets and even cars on the streets. However this has now been removed from the Reddit link. Rockstar says the GTA V map is bigger than Red Dead Redemption, San Andreas, and Grand Theft Auto IV combined. 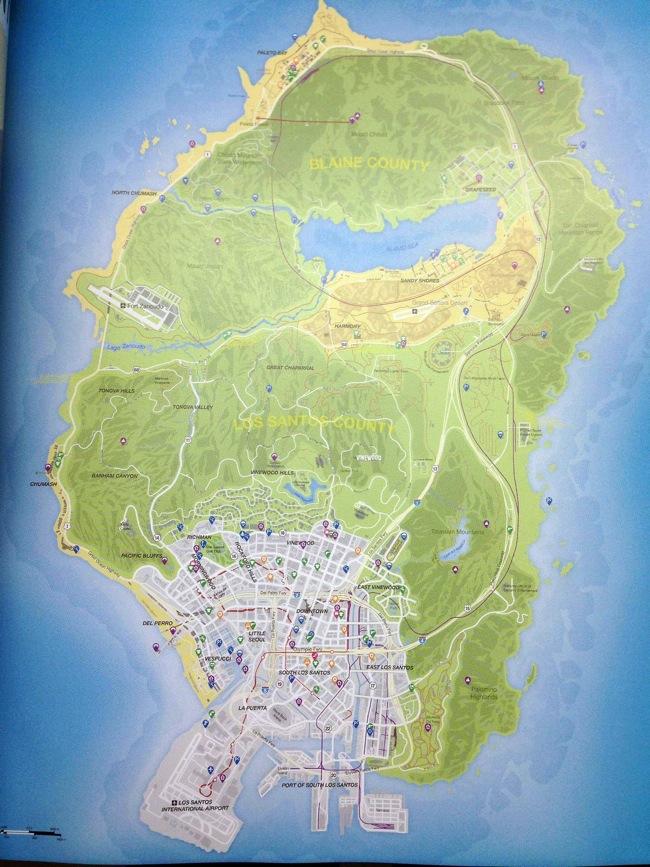