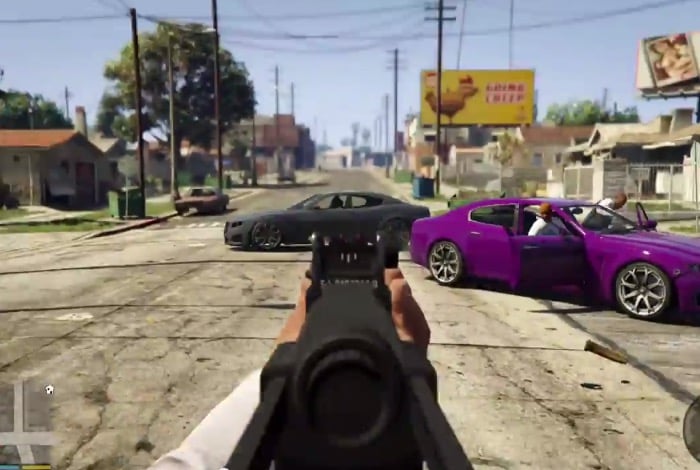 Grand Theft Auto fans patiently waiting for the latest GTA 5 to be release on PC, and next generation PS4 and Xbox One consoles. May be pleased to know that Rockstar the games developers, have today announced you will be able to play the latest GTA 5 version in a new first person mode that will be available both in the GTA 5 game and via GTA Online.

A GTA 5 first person mode has been highly requested feature by players, and it was thought the mode would be made available on the PC version. However it has now been confirmed to be available on both the PlayStation 4 and Xbox One next-generation games console’s as well as PC. Check it out in the video below.

Previously Grand Theft Auto was only available to play in third person mode allowing you to see your character as you play the game. Rockstar explains more about the new GTA 5 first person mode:

“First-person mode is heading to GTA V on Xbox One, this new mode gives players the chance to explore the world of Los Santos and Blaine County directly through the eyes of their character, revealing all the world’s glorious details in an entirely new way.

Available in both GTAV and GTA Online, a host of changes have been made to accommodate this new perspective, including the creation of an optional first person cover system, a new targeting system, a more traditional FPS control scheme, and integrating thousands of new animations into the existing game. It’s also available at the touch of a button so you can easily switch back and forth between perspectives.

Alongside the new First Person mode, Grand Theft Auto V for Xbox One features hundreds of additions and enhancements including 1080p resolution at 30FPS.”

GTA 5 will be officially launching for the Xbox One, PC and PlayStation 4 on November 18th 2014.