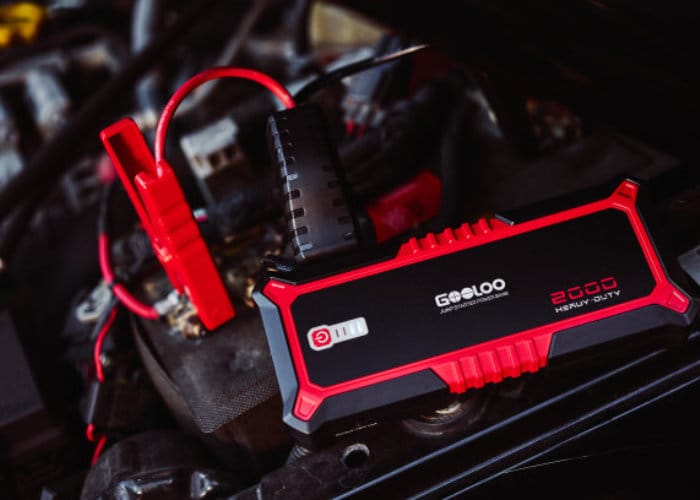 Team Gooloo as created a new powerful portable car jump starter aptly named the Gooloo G2000 which is coming to the end of its Indiegogo crowdfunding campaign, but has already raised five times its required pledge goal making sure that the portable power pack makes its jump into production. The G2000 has been designed to provide a portable versatile vehicle jumpstarting kit which can also double as a power bank to charge your mobile phones or any other devices when away from the grid. Watch the demonstration video below to learn more about the Gooloo.

The G2000 is capable of jumpstarting any car up to 40 times on a single charge thanks to its 2,000 peak amps and 28,800 mAh rechargeable battery. The jump starter will work on all 12V petrol or diesel engines and is capable of jumpstarting some vehicles directly from the cigarette lighter socket. “At 2,000 peak amps and just 1.8 pounds, the G2000 is 1.5 times more powerful and lighter than anything else on the market”.

At the current time the Gooloo G2000 is on a special final countdown and priced at just $139 providing a 41 percent saving off the recommended retail price of $239. A full goes well the Gooloo will start shipping out to worldwide backers during April 2018 and shipping throughout the US is included in the pledg price.