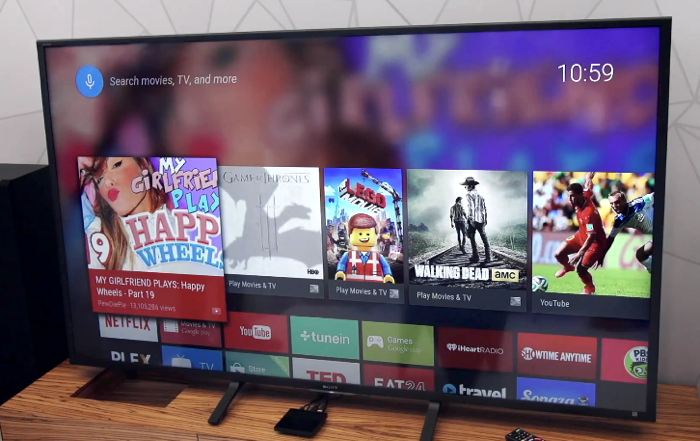 Google is having another try at entering your living room with their new Android TV platform, it is designed to provide a more simpler and user friendly TV experience that the previous Google TV.

As well as being able to stream content including movies and TV shows, Android TV also comes with gaming, have a look at the video below.

Google launched their Chromecast devices last year, it ended up being a popular product for the company, and many of the Chromecast features are included in Google TV with Google Cast.

It certainly looks very interesting from the video, the first new Android TV devices will be launching later this year as set top boxes, and we are also expecting to see some new HDTVs with Android TV build in.

Apple has done well with their Apple TV platform, the company managed to sell over 20 million Apple TV devices, and their platform is said to get a reboot this year with a new device and features.

Apple are rumored to be bringing apps and games to their Apple TV platform later this year, and it will be interesting to see which of the two TV platforms becomes more popular.

As soon as we get some more details on when the first Android TV set top boxes will be launching, we will let you guys know.