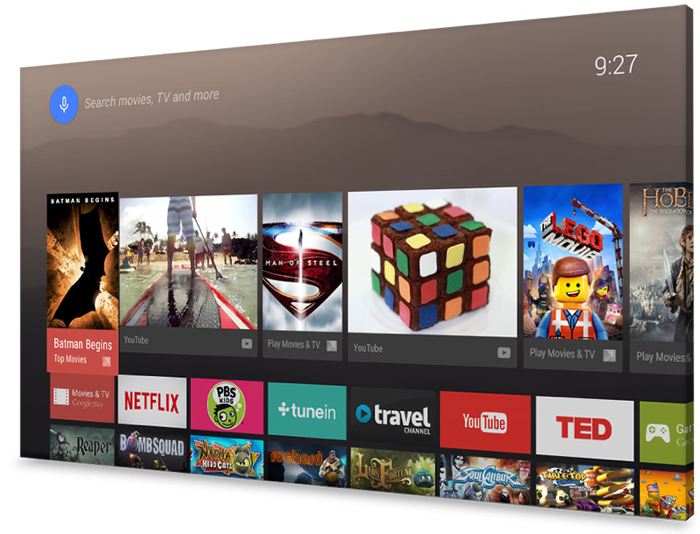 Google have focused more in delivering content to your TV with Android TV, it will give you access to content from the Google Play Store, and it also runs third party applications like Netflix and more.

Last summer, we launched Chromecast, a small, affordable device that lets you cast online video, music and anything from the web to your TV. Today at Google I/O, we announced Android TV, the newest form factor to the Android platform, and a way to extend the reach of Google Cast to more devices, like televisions, set-top boxes and consoles.

The Google Chromecast has been a popular device for the company, and now Google Cast, which is basically the same features a Chromecast, is built into Android TV. This will allow you to stream content direct to your Android TV device from your smartphone or tablet.

Gaming also also a feature in Android TV, and you will now be able to play games from the Google Play Store on your large screen TV.

You can find out more details on the new Android TV platform over at Google at the link below, Google has announced partnerships with a number of manufacturers who will release Android TV devices.