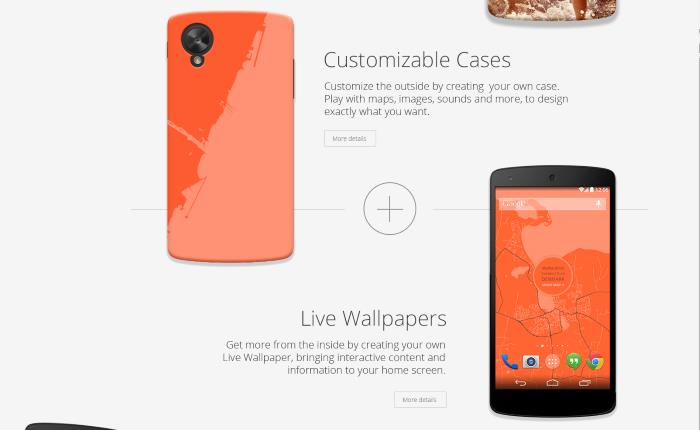 According to a new report, Google is working on a new customization tool known as Workshop, which will give users the ability to create customized cases for Nexus devices.

The folks at Android Police managed to grab some information about the upcoming Google project, and mentioned that it’s currently for the Nexus 5, and will give users create customized back covers.

It’s not just the covers, there’s a live wallpapers feature, allowing users to create their own Live Wallpapers complimenting the case. There’s no word about the launch of the tool as of now, or the devices it will support. But for now, it’s only the Nexus 5.

There’s no word about the types of designs users can create, but the leaked images show some creative options. As per Android Police, there are two main tools: MapMe and Moments.

As the name suggests, MapMe give users the ability to create a custom case based on the location of your choice — it could be your home town or any other place. As for Moments, the tool lets users choose the memories they cherish and use it on their custom case. After uploading the image, users can add filters and messages to it, place it, and they’re done.

There’s no word about the pricing, availability or even the regions where it will go live. We’ll update you as soon as we get more information.