Google officially launched its Google Realtime Search “www.google.com/realtime” back in August 2010 after running it for sometime in a beta format since October 2009. However as of July 2nd the Google’s Realtime Search has now come to an end due to the expiry of contract between Google and Twitter for Google to show realtime Tweets in its search feeds. 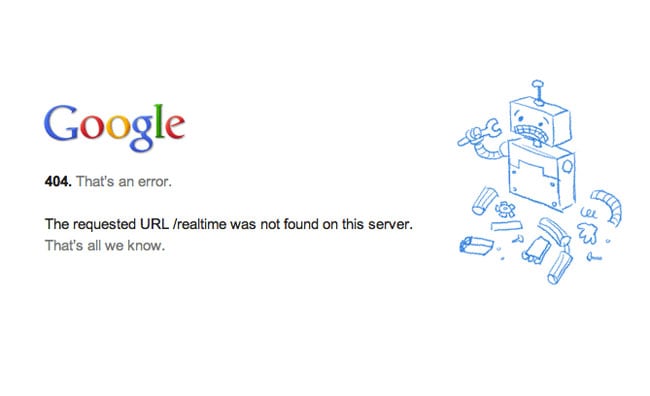 At the moment the Google Realtime Search is showing a 404 (not found) error but Google is looking to relaunch the page including its own new Google+ social feed, together with other realtime data from a variety of sources. Which are still yet to be announced.

“Since October of 2009, we have had an agreement with Twitter to include their updates in our search results through a special feed, and that agreement expired on July 2,”