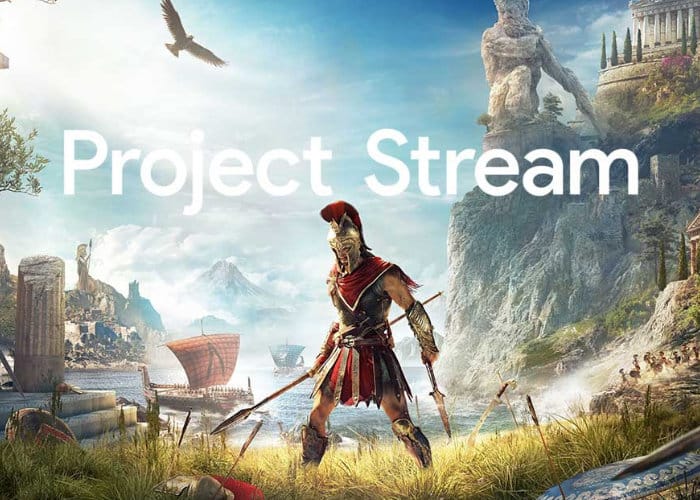 There are limited spaces available for the early development of Google Project Stream, but if you’re interested in participating, you can apply via the official website located here. Google explains that Project Stream has been created for home internet connections capable of 25 megabits per second, and you must be 17 years or older and live in the U.S. to participate.

“We’ve been working on Project Stream, a technical test to solve some of the biggest challenges of streaming. We’ve partnered with one of the most innovative and successful video game publishers, Ubisoft, to stream their soon-to-be released Assassin’s Creed Odyssey to your Chrome browser on a laptop or desktop. Starting on October 5, a limited number of participants will get to play the latest in this best-selling franchise at no charge for the duration of the Project Stream test.

The idea of streaming such graphically-rich content that requires near-instant interaction between the game controller and the graphics on the screen poses a number of challenges. When streaming TV or movies, consumers are comfortable with a few seconds of buffering at the start, but streaming high-quality games requires latency measured in milliseconds, with no graphic degradation. “

For more information and to register your interest in participating in the early streaming development stages jump over to the official Google Blog website by following the link below.