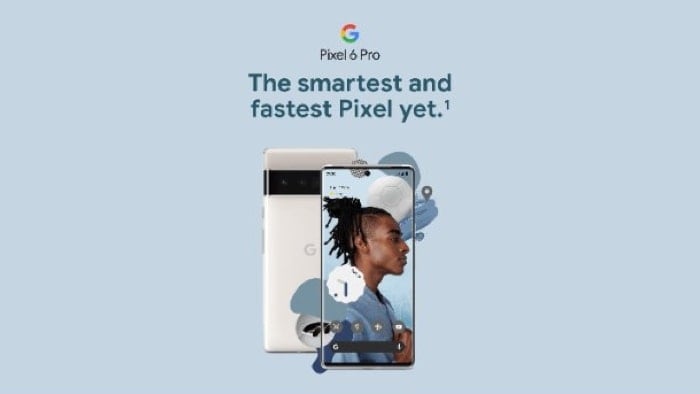 The Google Pixel 6 and Pixel 6 Pro will be launching on the 19th of October and how the handsets have been leaked ahead of the official launch.

UK retailer The Carphone Warehouse published pages for both handsets on its website, the pages have now been taken down.

The handsets were spotted by Evan Blass and the listings revealed more information on the two new Google flagship smartphones.

The listing has confirmed that the handsets will come with Google’s new in house processor which is apparently 80 percent faster than the Snapdragon 765G.

The new Pixel 6 and Pixel 6 Pro will have a range of high end cameras, this will include a new 50 megapixel sensor and more. It will also come with a new Magic Eraser feature that will help you easily remove unwanted people from your photos, for example someone in the background.

The Pixel 6 Pro will have a 6.7 inch LTPO OLED display with a 120 Hz refresh rate and both devices will come with the new Android 12 OS and will feature 30W fast charging.

We will have full details on the latest Google Pixel 6 smartphones when they are made official on the 19th of October.