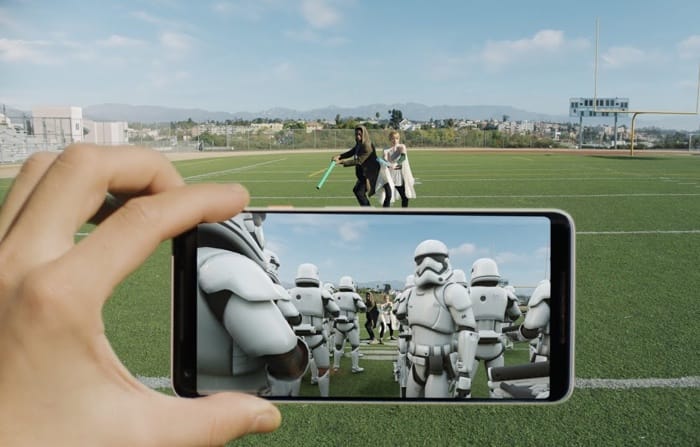 Not long now until the new Star Wars The Last Jedi hits the cinema, Google is celebrating its release with some new Star Wars AR stickers for their Google Pixel 2 smartphone.

These new AR stickers are only available on the Pixel 2 and Pixel 2 XL smartphones, they can be seen in action in the video below.

There are also some new AR stickers fo9r the popular Netflix show Stranger Things and more, you can find out more information over at Google at the link below.

You don’t have to travel to a galaxy far, far away to team up with characters from “Star Wars: The Last Jedi,” like BB-8, a stormtrooper, or a porg. You can play around with Eleven, the Demogorgon, and your other favorite characters from Netflix’s “Stranger Things;” use Foodmoji and 3D Text stickers when you’re feeling hungry; or shoot a celebratory video at your New Year’s party with AR balloons and champagne.

Star Wars The Last Jedi lands in the UK this Thursday the 14th of December and in the US this Friday the 15th of December.