Google has just announced the Google Nexus S 4G for Sprint in the US, which has been developed in conjunction with Samsung, and it features a 4 inch display plus a 1GHz hummingbird processor, plus front and rear facing cameras, NFC and 16GB of built in storage. 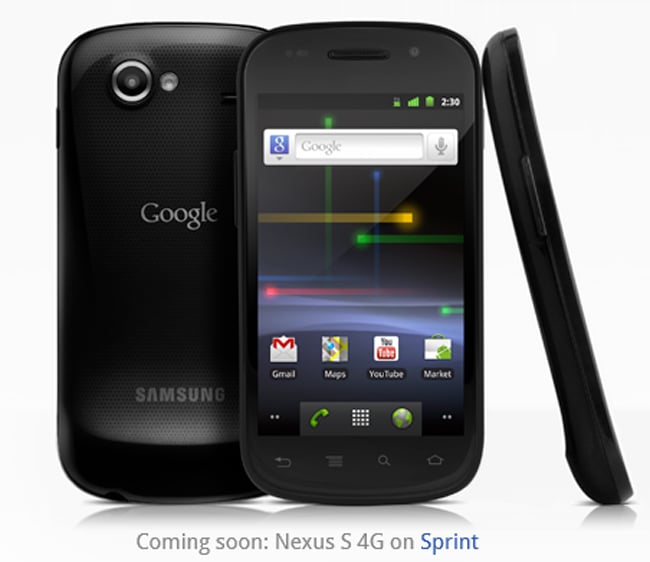 Recently, we introduced Nexus S from Google, the first phone to run Android 2.3, Gingerbread. In addition to the UMTS-capable Nexus S, today we’re introducing Nexus S 4G from Google, available for Sprint. Nexus S 4G is part of the Nexus line of devices which provide a pure Google experience and run the latest and greatest Android releases and Google mobile apps.

You can find out full details about the new Google Nexus S 4G for Sprint over at he Google Mobile Blog. There are no details on pricing as yet, at the time of writing this, the Google Nexus S page over at Sprint hasn’t gone live yet, we will update you guys on more details when they are available.