Within just 24 hrs of the Nexus Q being made available to developers, Google developer Christina Kelly has already managed to load Swords and Soldiers on the Google Nexus Q streaming media orb.

Even though the game will only load at the moment, its probably not going to be long before Google Android developers are able to take full advantage of the Nexus Q’s hardware. 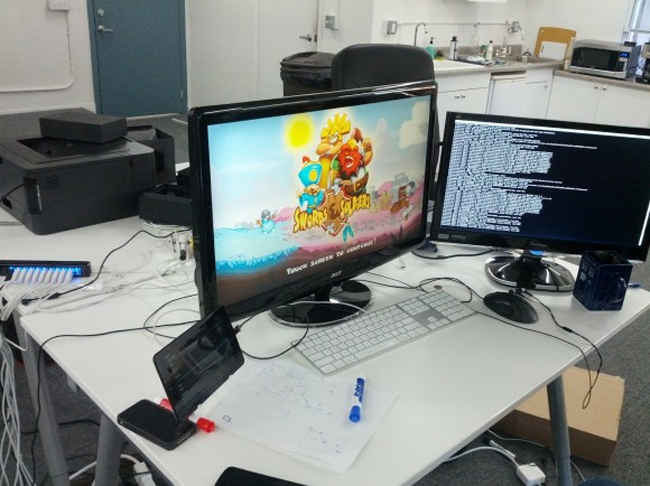 Which includes a OMAP 4460 Cortex A9 processor supported by 1GB of RAM, with graphics in the Nexus Q provided by a SGX540 GPU, supported by 16GB of internal storage. Google developer Christina Kelly explained in her Google+ post:

“We tried to run Osmos on it, but there’s a multitouch requirement that the Q somehow does not satisfy :(.”

It will be interesting to see in the coming weeks what sort of gaming station the Google Nexus Q can become with its hardware including a 25 watt amplifier and HDMI connection.