It looks like the moment we’re all waiting for is near, the launch of the long-rumored Google Nexus 5. Yesterday, we saw a leaked press render of the Google Nexus 5 in white with an expected launch date of 1st November by @evleaks, which could be wrong. But the truth is, it’s the worst kept secret of the search engine giant as the handset even made a short appearance on the Google Play Store.

Now, to add more juice to the existing rumors, a user on NeoGAF forums posted an image that appears to be of the LG Canada’s distribution center that shows piles of purported Google Nexus 5 retail boxes getting ready for shipment. It seems that Canada will have 30,000 Google Nexus 5s allocated at launch, according to posting. Just remember, nothing is official until it’s announced by Gooogle so let’s just take this with a pinch of salt. 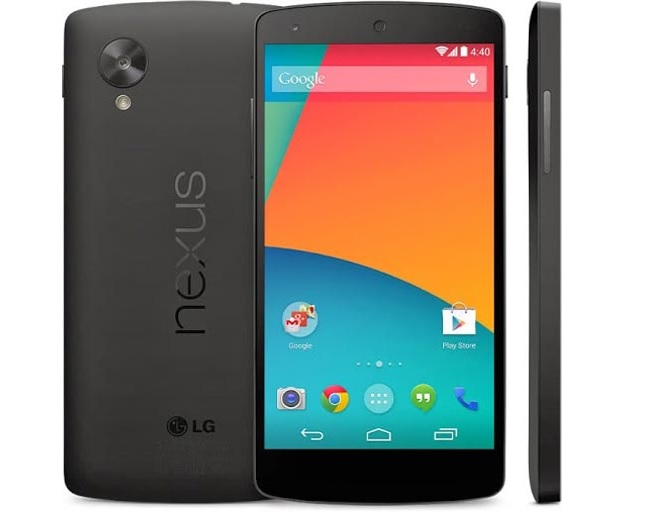 The handset is rumored to feature a 4.95-inch full HD display boasting a 1080p resolution. It’s expected to be powered by Snapdragon 800 chipset clocked at 2.3 GHz with Adreno 330 GPU and 2GB RAM. 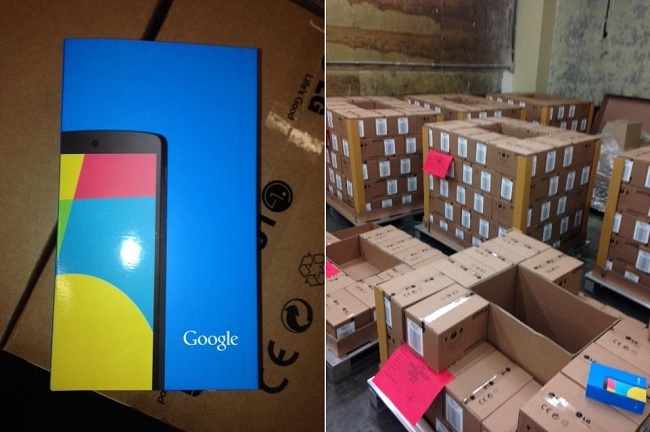 Rumors suggest that the 16GB model will come with a $349 price tag, something we saw on the Google Play Store leak as well while the 32GB model is expected to set you back by $399. The handset is expected to launch on 31st October.

We’ll update you as soon as we hear anything about the official launch date. Let me remind you again to take this as a rumor as we can only see one retail box, which looks pretty real to me.