Google still hasn’t announced its much awaited Nexus sequel, which will most likely take the title of Nexus 5, but @evleaks has acquired pictures of a Nexus 5 with a black front and white back and posted them saying “In white. 11/1”. The release date would be rather sudden, but it’s not exactly a huge leap of the imagination. 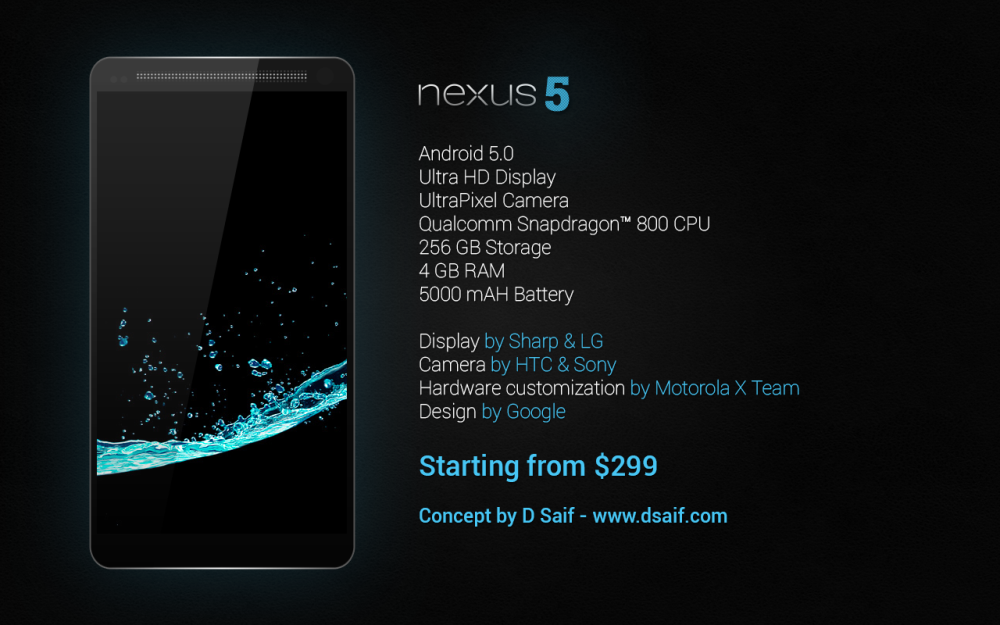 Right now the Nexus 5 is expected to have a 4.95-inch 1080p with Snapdragon 800 and a starting price of $349. Keep in mind nothing’s official yet, but you can at least expect to hear something from Google in the coming weeks, if not days.

A friend of mine absolutely loves his Nexus 4 and is ready to buy a Nexus 5 no matter what it’s priced at whenever it comes out. It still amazes me that the phone costs so little while still being one of the most up-to-date technological smartphones out there. It’s also sure to be updated without delay whenever Android receives an update, making it one of the best supported phones on the market.

I’m getting Moto X now that the price has dropped like the rumors said it would, but if I wasn’t with AT&T or planned to switch I’d probably wait for the Nexus 5.

What do you think of Google’s upcoming smartphone?