The Google Nexus 5 launched yesterday and has started shipping out to some people, and now we have a video of Google’s new flagship Android 4.4 Kit Kat handset in action.

The video is from the guys over at Three, and it gives us a good look at the new Google Nexus 5 and some of the devices features, have a look at the video below. 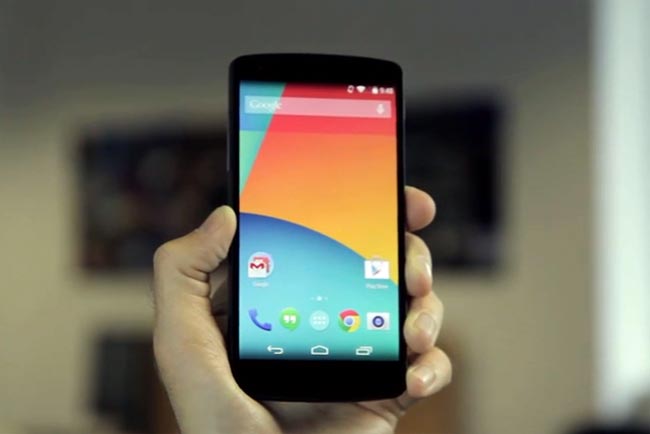 The Google Nexus 5 features a 5 inch full high definition display with a resolution of 1920 x 1080 pixels at 445 pixels per inch, the handset is powered by the latest high end mobile processor from Qualcomm.

The Nexus 5 processor is a quad core 2.3GHz Snapdragon 800 processor, the device also come with an Adreno 330 GPU and 2GB of RAM.

You can choose from either 16GB or 32GB of built in storage, and the device also comes with 4G LTE, WiFi, and NFC, plus front and rear cameras.

On the back of the Nexus 5 we have an 8 megapixel camera with optical image stabilization that can record full HD video in 1080p, on the front of the device is a 1.3 megapixel camera for video calls.

The Nexus 5 is available direct from Google Play, and it will also be available from a range of mobile carriers, in the US the 16GB model retails for $349 in the UK the handset retails for £299.