Google has this week announced the rollout of a new update to its Google Docs and Google Gmail services which has been created to offer users ability to input handwriting.

The new Google Handwriting Input feature added to both of the services allows you to use your own handwriting to put words directly into Gmail or Google Documents, via either your trackpad or mouse. 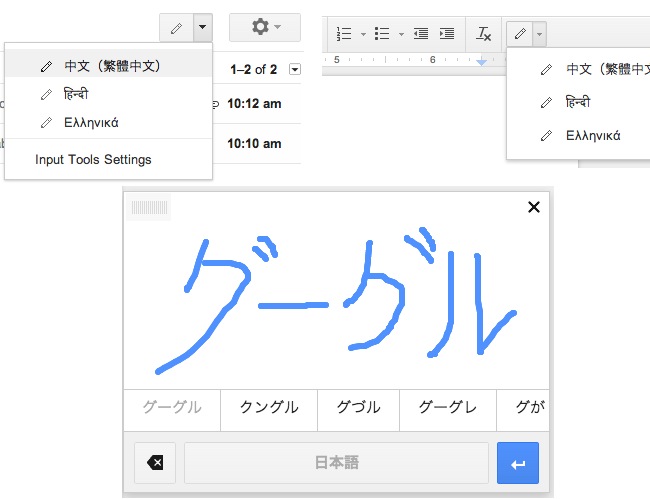 To enable the new feature within Gmail simply go to the settings icon and then enable the handwriting input feature which is represented by an icon with a pencil on it, then simply choose the language you like to use.

The new system allows you to enter multiple characters at once and as you enter them they are displayed in the preview panel for you to review.

“Gmail and Docs offer wide language support, however in some cases using the keyboard is less than ideal. Whether you’re a student trying to include a foreign phrase in your paper or an international consultant hoping to begin your message with a friendly local greeting”