Google has added a number of new features to their Chrome Web Store, one of which now allows users to download applications that will work without the need for an Internet connection.

However the change will not be immediately visible to many users, as the “Offline Apps” section is nested within the “Collections” portion of the Chrome Store. 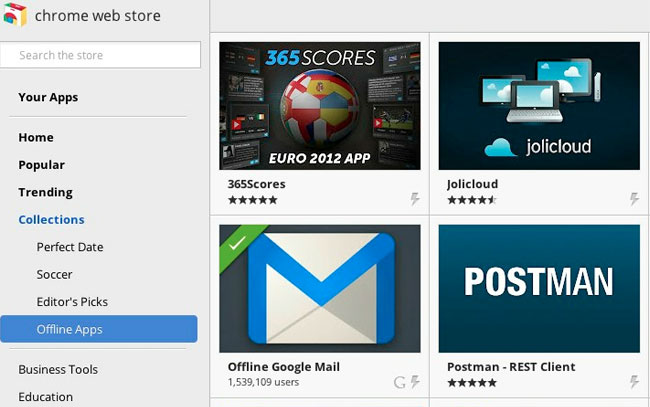 Other new features have also been added for developers, that allows them to see more in-depth stats on how their applications are performing in the Chrome Store. Enabling developers to tailor their marketing campaigns to suit.