Google have blamed badly coded third-party android applications for the poor battery life reported on Android powered smart phones. Google’s co-founder Larry Page says “If you are not getting a day, there is something wrong.” 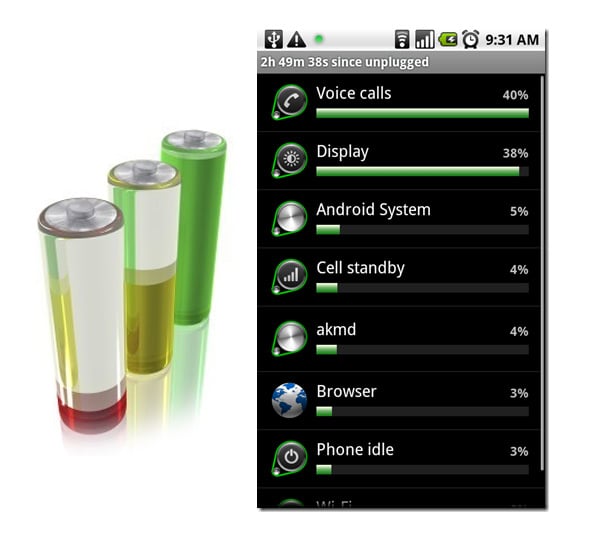 In response to a complaining reporter Page suggested that smart phones running software in the background will exhaust the battery a lot quicker. Which Google’s CEO Eric Schmidt then clarified at Google Zeitgeist this week.By suggesting that programmers developing applications for the Android OS were not being particularly smart about managing the power consumption of the devices.

However neither had any firm advice for developers on what they should be focusing on to increase the battery life and reduce background applications sucking the smart phones dry.

Page did offer the complaining reporter a bigger battery though to help his smart phone make it through the day. Have a look and our article on Android vs iPhone to see which smartphone and mobile platform is best for you.