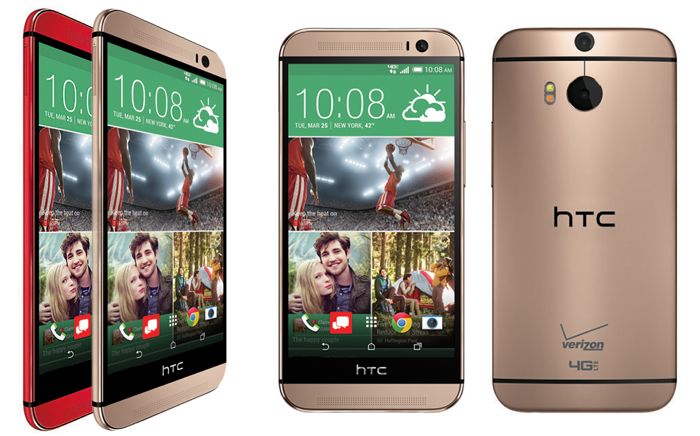 Verizon Wireless has announced that they will be offering two new color versions of the HTC One M8 on their network from tomorrow, the 5th of June.

The Glamour Red and Amber Gold versions of the HTC One M8 will be available from Verizon from tomorrow, in their retail stores and also their online stores.

These two new color options for the HTC One M8 will retail for $199.99 on a new two year contract, although Verizon is offering a limited promotion where you will get $100 off any device over $199.99.

The handset comes with Android 4.4 Kit Kat, and features a 5 inch full HD 1920 x 1080 pixel display, the device comes with a quad core Snapdragon 801 processor and 2GB of RAM.

Other specifications on the HTC One M8 include 2GB of RAM, 32GB of built in storage, a microSD card slot which supports up to 128GB, plus a 2600 mAh battery.

The HTC One M8 features three cameras, up front we have a single 5 megapixel camera, and on the back of the device we have a HTC Duo Ultrapixel camera which is made up of two separate cameras.

You can find out more information about the Amber Gold and Glamour Red versions of the HTC One M8 over at Verizon at the link below.