I’ve been using Windows 7 since release and I have to say its defiantly XP on steroids. I completely bypassed Vista and held on in there with my XP Pro until Windows 7 released last year.

This neat little admin feature for Windows 7 called ‘Godmode’ is definitely worth setting up and very easy to complete. Allowing you to see all system control panels in one place for easy access. 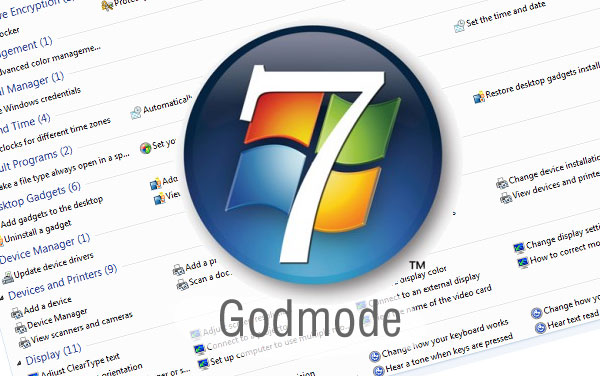 Setting up Godmode in Windows 7

1. Create a new folder and then rename the folder with the following:

Thats its your ready to tweak your system from one easily accessible control panel. From Checking your security status to task scheduling. Have fun.