Gmail for Android App users that missed the quick access delete button which was removed from the app by Google. Will be pleased to learn that the search giant has now made a u-turn on the decision thanks to user feedback and has now replaced the ability to use it.

Google has now replaced the delete and archive actions functions which now appear by default and can be controlled via the in-app settings menu. 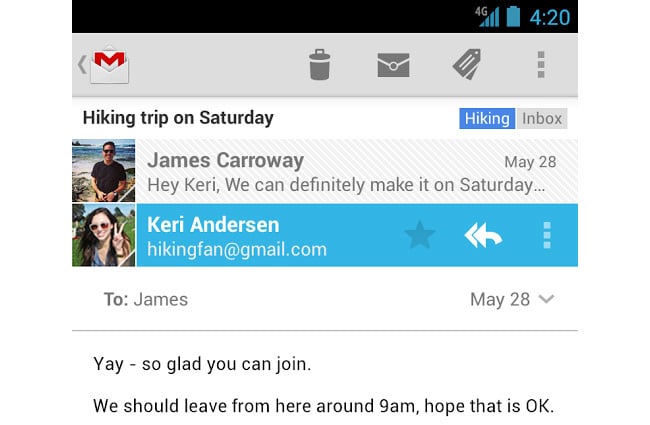 Other new features include the ability to now tap sender images to select multiple emails in the conversation list. As well as the obligatory bug fixes and performance tweaks.

The latest Gmail for Android app is now available to download from the Google Play Store for free and support any device running Android 4.0 (Ice Cream Sandwich) and up.