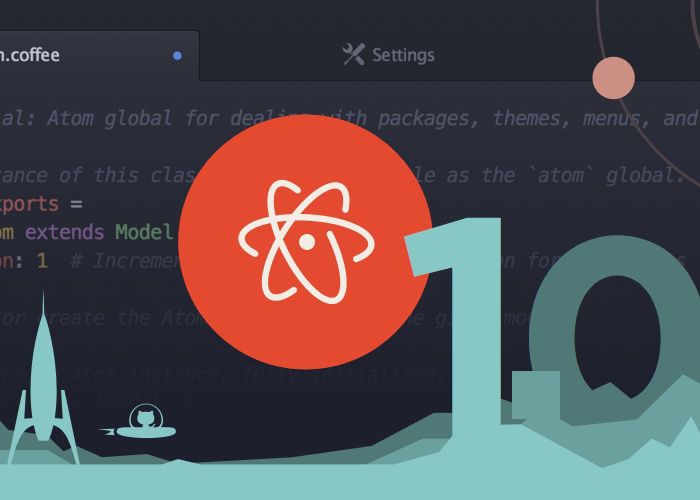 Today a new version of the GitHub Atom Text Editor has been released in the form of version 1.0 which is now available to use.

Since the GitHub Atom Text Editor was first launched over 150 releases have been created and its community have created over 650 themes together with over 2,000 packages.

Watch the video below to learn more about the development of version 1.0.

Atom has become more modular through stabilizing the API, built-in ES6 support using babel, services for inter-package communication, decorations for extending the core editor, and new themes that automatically adapt the UI to the syntax colors. We’ve even removed some of our core packages in favor of community-built packages like autocomplete-plus.

Atom started as a side project of GitHub founder @defunkt (Chris Wanstrath) way back in mid 2008, almost exactly seven years ago. He called it Atomicity. His dream was to use web technologies to build something as customizable as Emacs and give a new generation of developers total control over their editor.

We’re happy to say that Atom 1.0 today reflects @defunkt’s original vision—to give today’s developers total control over their editor with familiar technologies. – We can’t wait to show you what’s next. Atom 1.0 is only the beginning.

The latest GitHub Atom Text Editor 1.0 version now has extensive API documents, a flight manual, together with a tutorial video on setting up Atom. For more details jump over to the official blog post via the link below.