Professional Lego builder Rene Hoffmeister has helped to design and build a massive revolving Lego diorama, that when spun plays the Star Wars theme. The massive Lego project was created to celebrate the launch of the 3D re-release of The Phantom Menace in Germany, and is covered with four large Star Wars settings including the Death Star, Tatooine, Hoth and Endor. Watch the video after the jump to see it in action. 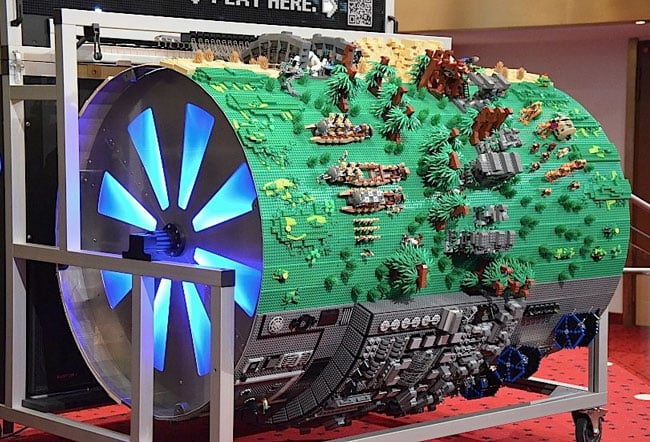 The Star Wars Lego diorama has been built using more than 20,000 pieces of Lego, and was exhibited in several German movie theaters, and is destined to take pride of place in Legoland Germany.

“We took the iconic Star Wars Main Theme, rearranged it and translated it into a matrix – the constrution [sic] blueprint for the organ. Then, we took the four most famous Star Wars worlds – Hoth, Tatooine, Endor and the Death Star – and built them on to the barrel, accordingly to the musical composition. When the organ is turned, the bricks touch little mechanical sensors – which strike the keys of a keyboard and play the Star Wars Main Theme.” 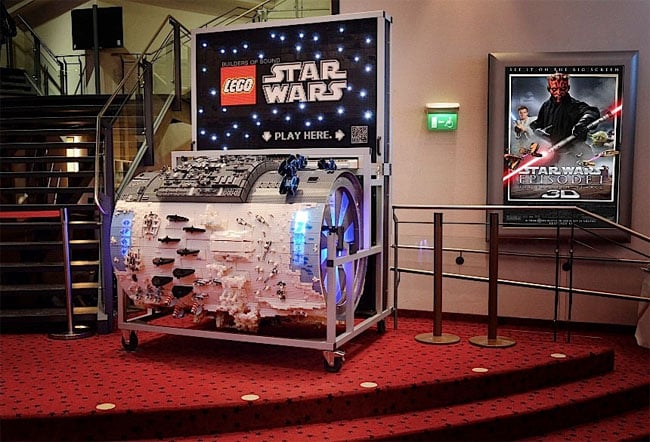