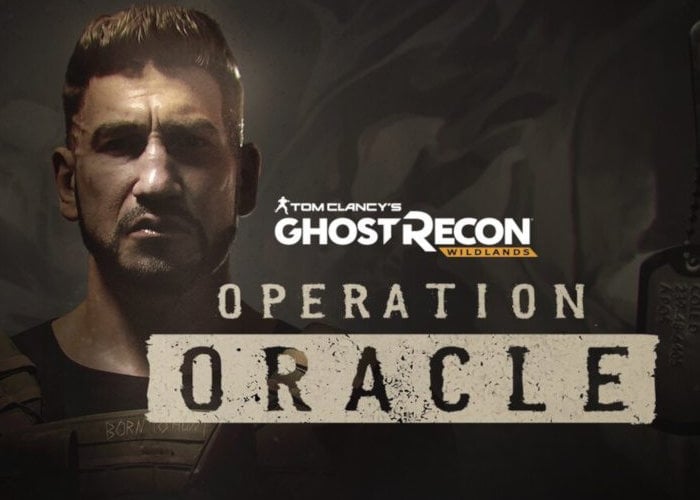 Tomorrow Ubisoft will be making available their new Ghost Recon Wildlands Operation Oracle free weekend which starts on May 2nd, 2019. Offering players a “rendezvous with the mysterious Ghost Team Leader, Cole D. Walker, in new story missions”. Check out the teaser trailer below to learn more.

Fight alongside Walker in the free mission update until May 6th, 2019 in Operation Oracle. “Your mission is about to begin. Enter the Wildlands and dismantle the Santa Blanca Cartel any way you choose. You decide how to take down the cartel. Watch now to see how you can customize your character’s appearance and gear, and use the Gunsmith to craft weapons to take on any enemy in any environment.”

“The Santa Blanca drug cartel has transformed the beautiful South American country of Bolivia into a perilous narco-state, leading to lawlessness, fear, and rampant violence. The citizens of Bolivia have been plagued by the criminal influence of the cartel, but all hope is not lost. Now only the Ghosts, an elite US Special Forces team, can save the country from complete collapse.”

For more details on the new Ghost Recon Wildlands Operation Oracle content arriving tomorrow jump over to the official PlayStation blog by following the link below where Youssef Maguid Communication Specialist at Ubisoft reveals more about what you can expect.If